​He runs theEXAGGERATEDpress and edits and publishes Wordland magazine. His novels include Axe, a tale of rock music and dark forces, Deadside Revolution, the zombie novel turned on its head and Bloody War, a thriller set in a contemporary Britain gripped by a mysterious war. He has two short story collections to his name and a handful of novellas in print or on their way.

This is Terry's web site where you will find theEXAGGERATEDpress, Wordland, book and the occasional film reviews and assorted articles that may be of interest to the casual reader. So, come on in and make yourself at home. 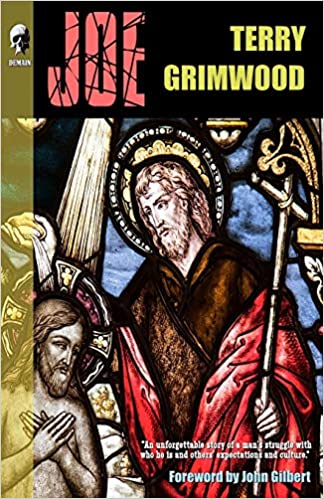 Joe walks with God. Now Joe is in love, but it is a love that dare not speak its name and it will tear his soul apart...

"Terry Grimwood keeps getting better and better. 'Joe' is an absolute masterpiece. A simple story, told with economy and enormous compassion by a writer at the top of his game. He brings characters to life so vividly, with so few words that at time it seems effortless, almost like alchemy."
Douglas Thompson author of Mechagnosis and Entanglement. Full Review HERE


"For anyone who has ever felt the heavy burden of guilt, the story of Joe encapsulates every feeling felt by the word 'guilt'. an unforgettable story of a mans struggle with who he is and others expectations and culture." Amazon review